Where I've Been, Where I'm Going: Film Festival and Birthday Trip 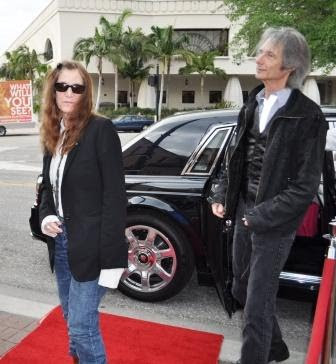 Geesh! Had no idea how fast time passes during this whole aging process thing. My birthday trip is AROUND the corner, check out the deets over on my SoloTravelGirl.com blog.

Last weekend I spent most of it in Sarasota stalking the 2010 Sarasota Film Festival celebrities. Not really. I'm not a stalker and I'm not a very good paparazzi but check out my Flickr stream for snapshots from Saturday's red carpet.

See the photo of rocker Patti Smith? She's an uber celebrity and here's what happened when she arrived at the Saturday night Sarasota Film Festival event: actor Stanley Tucci's car pulled up behind her and guess he was a bit impatient. Rather than waiting for her car to advance so he could walk the red carpet, he and his entourage got out where the car was parked. No biggie, right?

Well the six guys, two photographers and handful of fans ran over to him leaving just me snapping photos of Ms. Smith. I felt a little bad I mean, she's a mega-accomplished star and deserves respect. So, taking it upon myself to make her feel loved, I welcomed her to Sarasota, she replied with a smile and "thank you". Classy lady! She's pictured above.

FTC Disclosure: Clicking on links may result in funds to support my traveling habit. Thanks!
celebrity sarasota film festival

Anonymous said…
Thank you for your fabulous coverage of SFF10...we really appreciate it! Everyone was thrilled to read your articles and look at the photos of Vincent. Good job!

Thanks for dropping by and glad you like the Vincent articles and pix. Just uploaded a video from Saturday night, enjoy more Vincent goodness here :)
April 21, 2010 8:54 PM