Do Politics and Money Mix?

November 28, 2009
Politics. The more I try to learn and understand the less it makes sense.

"Government isn't common sense," I've been told when I question why things are done a particular way.

Last week by a 4 to 1 vote our County Commission voted to eliminate at least 20 some jobs in exchange for a lawn maintenance contractor because over two years, this will allegedly save the County 2.5 million dollars.

Wow. 2.5 million dollars is a lotta money especially for taxpayers. But, let's look at this logically. Will eliminating 20 jobs save the government overall? I suspect these 20 workers will be claiming unemployment - where does that money come from? They'll probably qualify for food stamps and the utility bill support program. I wonder, will government money be supporting them? Hmmm, where does the government get their money for these support programs? Perhaps, could it be, the tax payer? (*sarcasm*) 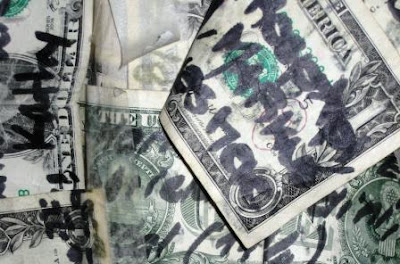 Then, they won't be stimulating the economy because they won't have jobs and extra income to not only buy necessities but also the splurges. These 20 probably won't be dining out in the restaurants or engaging in recreational activities requiring a fee (yes, there are plenty of free things to do). Since they won't be driving to work, they won't be buying as much gas. The reduced and lack of spending means the County tax base will be reduced.

"But," you say, "the new contractors will be contributing to the County tax base."

If the County is saving on one end, this means the contractors probably won't be making as much money as the employees meaning they will have less discretionary income to spend in the County which again means, reduced tax base. These contract workers probably won't have medical benefits either which means if they get ill, they'll be congesting the emergency rooms rather than visiting a doctor's office or clinic and the government will be paying their bills.

Will these workers be making enough to put food on the table? Maybe not, perhaps even though they'll be employed they will need government assistance for food or other services.

I could continue with my rant but unemploying 20 people for what seems like cheaper labor doesn't make sense when looking at the big picture. And this, my friends, is coming from a taxpayer.