Day 1: My Trip to D.C. for the Inauguration - Chili Hits the Cold Spot

January 17, 2009
It's finally here. My trip to D.C. for inauguration weekend. Arriving into D.C. was probably a smart thing to do. My plane was about two-thirds full and I had no problem getting from the airport to the Metro. Getting to my hotel was another thing, but I'm always navigationally challenged so I took the scenic route... 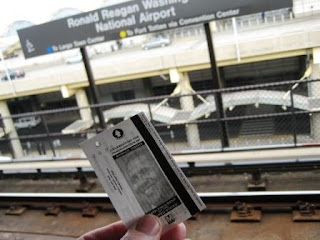 ...just as I took the scenic route to Ben's Chili Bowl to pick up a chili half-smoke, Bill Cosby's favorite. Along with cheese fries and lemon cake. If I was going to be bad, decided to do it right.

The line to get in was INCREDIBLE. I probably waited an hour before ordering, 45 minutes of which were spent outside. Vendors were there hawking everything Obama, ranging from art (which was pretty good) to bottled water and scarves to calendars. Next door at the Historic Lincoln Theatre, was a salute to Barack Obama and Tom Joyner (whom I met in Sept. 2005). Did I miss Obama by not hanging around long enough??? Well, I should be seeing him at Tuesday night's ball.

Once inside, there was a groovy, positive vibe. Not just because it was warm, but the staff was upbeat. They saw the endless line and grooved to the music while preparing chili dogs (and the secret seems to be the French fry grease dumped on the dogs). Their positive vibe was contagious. It was packed in there and the crowd was paitent and everyone was friendly to one another. They even gave out cards saluting Barack Obama, who visited Ben's last weekend.

There's definitely an energy here in D.C., a positive one. It's as though the cloudy, gloomy day is starting to clear. The clouds are beginning to breakup and each day closer to inauguration day is a little brighter and on Jan. 20, look for clear, sunny, and optimistic skies. 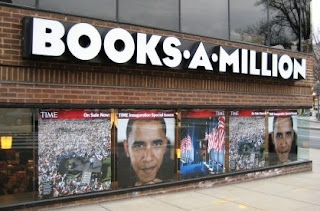 Many storefronts, restaurants, and homes display Obama signs and posters. Loads of restaurants are offering inaugural specials all weekend. Locals and travelers to D.C. are wearing Obama apparel including buttons, hats, and scarves.

There's something in the cold, crisp D.C. air (it was 19 Fahrenheit this afternoon) and I'm pretty sure it's hope for our country.

View today's photos over at Flickr by clicking this link.