Escape to Ireland, Let Me Tell You Why 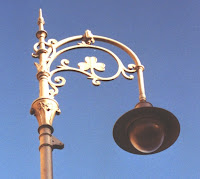 March is around the corner, which reminds me of Ireland. A few years ago, I was able to tie a business trip to London with a weekend getaway to Dublin over St. Patrick’s Day. I've returned to Ireland since and I’m elated my cousin will be traveling to Dublin next March with his school marching band to perform in the St. Patrick’s Day Parade. Hope he asks me about Dublin hotels because I could give him and his group some great advice on where to stay.

I love Ireland’s capital city (Dublin, if you're geographically challenged) because the people are incredibly friendly and welcoming. All the way from the front desk clerks of my Dublin hotels to the cabbies. Mind you, I could hardly understand a single word the Dublin taxi drivers spoke because they speak so quickly, but I could tell they were friendly. An Irishman explained to me the Irish’s strong connection to their American cousins and love of Americans and all things American.

Dublin’s a fabulous walking city and although I got lost one day (in the rain), I was able to find my way back to my Dublin hotel while finding all sorts of neat sculptures, stopping at a pub or two for a pint of Guinness and shop for Irish wool items. Of course, had to see the Book of Kells at Trinity College. Incredible.
Ireland’s not just for St. Patrick’s Day, it’s a wonderful destination to visit year-round. My friend ZeldaMae and her cousin took on the Republic of Ireland last year, driving the countryside. They had booked some Ireland hotels in advance but played it by ear when itineraries were flexible.

ZeldaMae spent some time in Cork and told me how it’s the European Capital of Culture (I looked that up and she’s right, earning that designation in 2005). Watching her budget, she was able to select from many of the Cork hotels to fit her needs. There are many cultural activities happening in Cork including:

Midsummer Festival (mid-June to mid-July): A celebration of theater, music, art and all things cultural throughout the city.
Film Festival (early October): Showcases the best of Ireland’s filmmakers and features Irish and international films.
Jazz Festival (last weekend in October): One of Europe’s largest jazz festivals.

After checking out of one of the Cork hotels, ZeldaMae headed over to Ireland’s west coast and the County Galway and Galway city. The seaside city is known as the “city of the tribes.” Between the early 1400s up until the mid-1600s, 14 families ruled the land. There’s loads of history embedded in this part of Ireland and some of the sights highlight the very best of Galway’s history:
Medieval Town with Arts and Heritage Centre: founded in the 13th century, is the only walled town in Ireland with the walls still intact.
Kirwan's Lane: one of Galway’s last remaining late Medieval lanes.
Portumna Castle: built before 1618 by Richard Burke, 4th Earl of Clanricarde.

While there are many activities to enjoy, there are just as many fine Galway hotels to recharge after a day of exploration.

So what Irish city is on my radar to visit? Northern Ireland’s Belfast. The British and Irish

cultures meld together. The city is at peace and is coming together rather than being torn apart. It has that edgy, raw character I love in a destination. Belfast hotels, restaurants, clubs and shops are welcoming more and more tourists daily. This Northern Ireland capital has character rivaling its Dublin twin, yet, is a bit more affordable. Belfast hotels fitting everyone’s taste and budget are readily available.

My friends at CheaperThanHotels.co.uk make finding Ireland hotels easy. Stay in posh accommodations with the chance at seeing U2’s Bono in one of the Dublin hotels. Get lost in culture while recharging at one of the Cork hotels. Embrace Medieval history yet retreat in modern comforts in one of Galways hotels. Or, live on the edge and visit Belfast before your friends do. See an evolution of a city while resting in one of the Belfast hotels.

friends of mine travel to europe

Matthew said…
I got really lost walking around Dublin. I had a lot of fun drinking loads of Guinness and talking to the locals (they all thought I was Irish). Only problem was that no one could give decent directions. By the second day I simply asked, "Which way is the river?"
February 27, 2008 6:07 AM