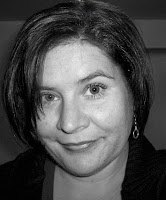 Well, my spiritual journey is off to a slow start but suppose it's like throwing spaghetti on the wall and seeing what sticks. I just need to jump in and start somewhere. Spirituality doesn't seem to have a beginning to well, begin with. I mean, I know there's Genesis but am looking for something a bit more advanced, I think.

I've received a few emails, a reply to this blog's post and a few replies over on MySpace from supporters of the journey. I'm really surprised (pleasantly) how supported everyone has been and most have the same questions I do. That's comforting.

Most people seem to be skeptical of organized religion. All who responded are my age, is this indicative of Gen-X or just a coincidence? Gen-X is independent because we've seen how our parents were loyal to their employers yet, they were screwed with lay-offs and corporate down-sizing. We've seen so many changes in our short life-span: energy shortage, fall of the Berlin wall, end of the Cold War and horrific 9/11. We're skeptics (maybe a bit paranoid), influenced by the world we grew up in. (There's a lot of good about us, too.) Is organized religion too structured for us?

A couple of people inquired whether I'd be exploring agnostic beliefs (or non-beliefs, or would that be called dis-beliefs?) and science and religion.

Interesting perspectives but since I actually do believe there is a Creator, I probably won't be exploring those avenues, for now. Plus, my education is in science and it was always a struggle for my professors to preach the age of the Earth (billions of years) yet being Christians. They found that balance, I'm sure I can too.

Luckily living in the south there's a church (or house of worship) at every corner. When I first arrived in Tallahassee, I was told the amount of churches in the South correlates with the immorality.

I hope to find something this weekend, stay tuned.
spiritual journey