Is American Influence in Afghanistan Good or Bad? 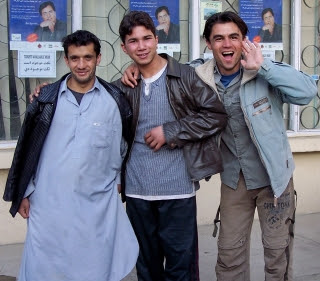 Just when I hear how Afghan women are moving forward with the Afghanistan version of "Top Model," I hear about the child stars of the upcoming "Kite Runner" movie being in danger. I think it's terrific Afghan women are finally shedding their burqas and other Afghan women are showing them it's okay to do so. Modeling may seem superficial in a war-torn country where car bombings seem to occur daily and electricity is a luxury, but it's a step forward in advancing the country. It helps empower women.

As for the boys in the movie, because they acted out a boy-on-boy rape scene, their families and community feel as though they've shamed them. The parents feel as though they were lied to and not told what was the scenes entailed. From the Washington Post article (Kite Runner: Danger On and Off the Screen) however, the scene was dramatically changed and relies on the power of suggestion and not showing the actually act. 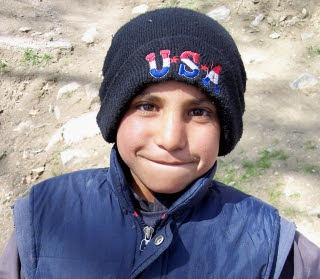 As I learned from visiting Afghanistan last year, pride and honor is very important. A similar thing has happened with the women written about in Debbie Rodriguez's book, Kabul Beauty School: An American Woman Goes Behind the Veil.

Many of the women written about in the book felt their lives were in danger after the release. Their families feel as though they shamed them by revealing too much and a handful of the women believed Debbie took advantage of them. She left Kabul for a book tour in the U.S. and the women didn't understand her leaving. Upon her return, she was quickly removed from the country, her husband feeling as though she left in shame (under Afghan law, she'd need his permission to leave the country).

In an NPR interview, Debbie said the girls didn't understand what she was doing and plans to follow through on her promises. Last I knew, she was trying to get visas for the women to come to the U.S. I requested an interview with Debbie (I had written this article previously) to get her side of the story and she directed me to her publicist. The publicist ignored my request.

As for my thoughts about the boys starring in the "Kite Runner," I don't know what their families were told about the film and I'm sure they feel their lives are in danger. It seems whenever we (Americans) get involved in things over there, we can't do it right. We go over with good intentions but fall short of expectations, causing animosity and putting others i danger. What's the answer?

Cordelia said…
It does seem sad, but I really do wonder what the families were thinking letting the boys be in the film in the first place.
October 10, 2007 5:46 PM

jhuber7672 said…
I wonder if things were lost in interpretation, as you and I know from being there, that could have easily happened.
October 10, 2007 7:23 PM