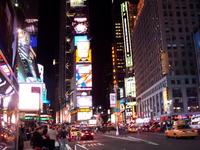 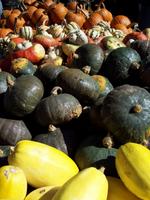 My quick trip to New York over the weekend was incredible! I probably walked about ten miles on Saturday, my legs are still sore. I like walking Manhattan streets, you never know what you'll stumble across , like a farmer's market, quirky little shop or a small dog!

Like a few of my other posts, there is so much to share that I'm gonna have to delay in posting the experience for another time. There are so many stories within the big story. In the meantime, enjoy a few images.

The opportunity to have a book personally signed by Stephen King was all I needed to make up my mind in going to New York for a quick weekend in September to enjoy some of the events of the New Yorker Festival. Usually my travels are tied to business and on previous trips to the New York City area, I have stayed in a castle and other plush accommodations.

Since I was flipping the bill on this brief trip, I opted for the YMCA Hotel near Central Park. Ironically, I cashed in some Delta SkyMiles to fly first class (flying on First Class SkySaver, which saved me 5,000 miles from Coach SkyChoice). To keep costs down even more, I looked into using my American Express Rewards to purchase tickets for the various events through TicketMaster, however, since I cashed in most of my points when I moved, I didn't have enough to redeem. But, $25 for most events was a decent price.

I arrived at the YMCA Hotel around 11:00 PM. My small, yet clean, single bedroom was perfect. Linens and towels were provided (no face cloth). The front desk clerk instructed me that my key-card let me into the bathrooms. When nature called, I followed the signs to the bathrooms and found an entire hallway of bathrooms. I tried the key-card on each door and each time, a red light denied me. I wondered if there was suppose to be a code, somehow tied to my room number. After eight tries, a green light gave me the go ahead to well, go.

I was half-expecting a communal bathroom: multiple toilets, showers and sinks. The bathrooms were labeled co-ed so I had no idea how that was going to work out. To my surprise, the golden key unlocked the door to a private (clean) bathroom with toilet, shower and sink.

The next day, I attended a panel discussion with CNN's Christian Amanpour and other journalists concerning advocacy journalism. The events and actions (or lack of) by the US government following Hurricane Katrina provided easy conversation. Following the discussion, I headed to the festival's headquarters to stand in line for Mr. King. To my horror (we're talking Stephen King), signs were posted on the bookstore stating that the tickets for the King book signing had been allocated.

No where in the literature was there mention that tickets were needed. I sobbed to one of the festival volunteers, "but I came from Florida. How were we supposed to know we needed tickets?"

She explained that "it's bookstore policy...only 150 tickets were allocated...the only people that would know are people who shop at the bookstore."

Lame excuse. Apparently, the bookstore didn't want thousands of fans mobbing the store and implemented this free ticket policy. Had I known that in advance, I would have lined up the night prior for tickets.

Instead, I hung around in the seating area, sucking on the Altoid samples, watching National Geographic Traveler on the plasma television and chatting up the Song Airlines sales folks. And then, the literary genius appeared.

Donning a white tee-shirt stating, "I Make Stuff Up" and blue jeans, Mr. King shook hands with the author signing next to him and his signing began. He seemed thinner and more fragile, than I had pictured. He also seemed sincere when meeting his fans.

I didn't get a book signed but I did get close enough to see him, so close I could spit on him - not that I would! The bookstore people didn't make it easy for those of us who wanted a close look at him. The professional photographers there on assignment and the bookstore staff got in a little huff about visibility.

I won't admit that I flew to New York for nothing, I had already turned something into it and decided to make some more. Outside was a fantastic farmer's market full of fall goodies associated with the cooler climates. Crisp apples, fresh squeezed grape juice, baked goods with pumpkin and cinnamon. I picked up lunch and a snack for the trip home. Wandering back to the hotel to freshen up for the evening, I wandered into what seemed like a 7-block festival. I weaved in and out of the street vendors, taking in the sights of different people and aromas of various foods. It was a magnificent fall day.

I spent the evening with Sleater-Kinney, the queens of punk rock, and 300 of my new friends. Not knowing what to expect, the three young ladies came out in boho tops, jeans and bob-cut hair. They discussed their evolution over the past decade and how the importance of independent bands. The band played on and I was caught-up in their beat.

On the way out, a woman of about 60 years old asked if their music was for sale at the festival's headquarters - "no, you'll have to get it at a record shop."

I headed to the Virgin Megastore for my copy of the "The Woods," their latest release.

And Sunday morning, my 6:00 AM flight took me home.